Fix iPhone 6S/6S Plus Stuck in White Screen Of Death

When your iPhone 6S/6S Plus displays only white on its screen or sometimes only an Apple Logo on it.– this is clearly a problem. Refer to the following ways to fix this iPhone 6S/6S Plus White Screen Of Death issue. 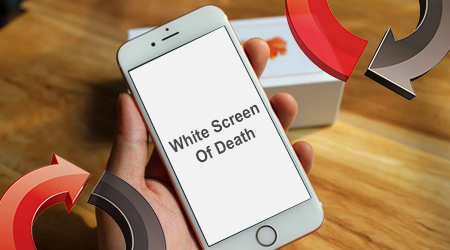 What is White Screen Of Death?

The White Screen of Death refers to an error with an operating system that causes the computer or device to stop working,  locked up and display only a white screen. iPhone users (including iPhone 6S/6S Plus) will see either a completely blank white screen or a frozen display that shows only the Apple logo.

What Causes iPhone 6S/6S Plus Stuck at White Screen Of Death?

After being severely dropped, a hardware component failing, jailbreak, updating your iOS version or restoring from backup, your iPhone 6S/6S Plus will probably spontaneously reboots and never boots past the white Apple logo on black background.

How to Fix iPhone 6S/6S Plus stuck in White Screen of Death?

Press the iPhone's buttons in this order: Home < Volume up < Sleep/power and hold all together. This may take a while, but the white screen will go away, and soon as it happens, release the buttons and wait about a minute until the Apple logo comes up and then the iPhone 6S/6S Plus will normally boot.

After white screen shows up, quickly as possible open the iPhone 6S/6S Plus, remove the battery clip, put it back and then boot your phone again.

Open iTunes and connect iPhone 6S/6S Plus via USB to your computer. Then press and hold "Home" and "Sleep/Wake" button at the same time. After few seconds, release the "Sleep/Wake" button, but keep holding the "Home" button until you see message "iTunes has discovered an iPhone in recovery mode, you must restore this iPhone before it can be used with iTunes", and then you have your iPhone 6S/6S Plus in DFU mode.

You can try this little trick. When you see a white screen, try using 3 fingers at the same time to double tap on the screen.

Maybe the light sensor is causing the problem. Open the iPhone 6S/6S Plus settings and turn off auto brightness option. After that, the "White screen of death" will be gone.

These 5 ways to fix iPhone 6S/6S Plus white screen of death are all very simple, and you will need a few minutes only to try them all. If none of them works, give Apple tech support a call or make an appointment at your local Apple Store for support.

But when it comes to software to fix iPhone 6S/6S Plus white screen of death issue, the world's first iOS data recovery software- Wondershare Dr.Fone for iOS can excellently settle this issue. It's an easy-to-use software with powerful data recovery function for telling how to recover iPhone 6S/6S Plus from a white screen of death and dealing with data lost problems.

With it, you can one click repair operating system with less than 10 minutes, making it easy for users to get not only iPhone 6S/6S Plus, but also iPhone 6 Plus/6, iPhone 5S, iPhone 5C, iPhone 5, iPhone 4S, iPhone 4, iPad and iPod touch of Recovery Mode, Apple logo, and fix the issues when your iOS device perform abnormally. Plus, it can recover including Contacts, Photos, Videos, Messages, Call History, Calendar, Notes, Voice Memos, Reminders, Safari Bookmarks and more on your iOS devices. Compatible with Windows 10, iTunes 12, iOS 9. (This kind of amazing software is on sale with 20% OFF discount at this Christmas season)

After installation, launch the program on your computer and click the last tap "Repair Operating System" in the primary window of iOS Data Recovery. Then connect your iOS device to your computer via a USB cable. When your iPhone 6S/6S Plus is detected, click "Next" to continue the process. 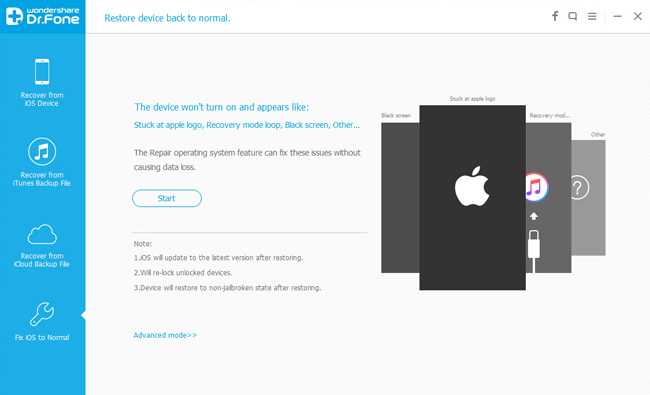 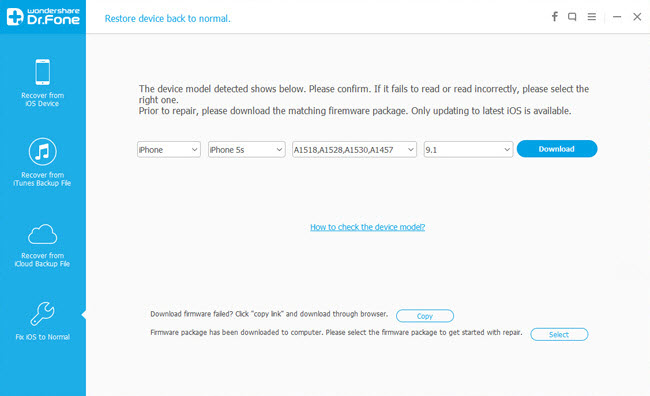 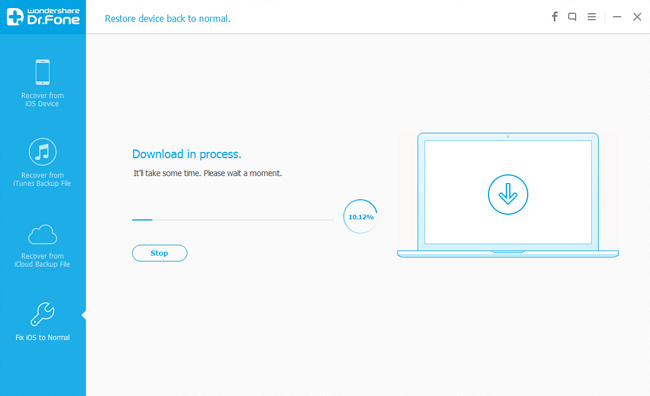 If done, you are allowed to click "Start Fix" at the bottom of the window, to let the program to get your iPhone 6S/6S Plus out of the white screen of death mode without damaging your data. In less than 10 minutes, it will tell you that your device is restarting to normal mode. The whole process will not spend too much of your time, please do not disconnect your iPhone 6S/6S during this repair process. 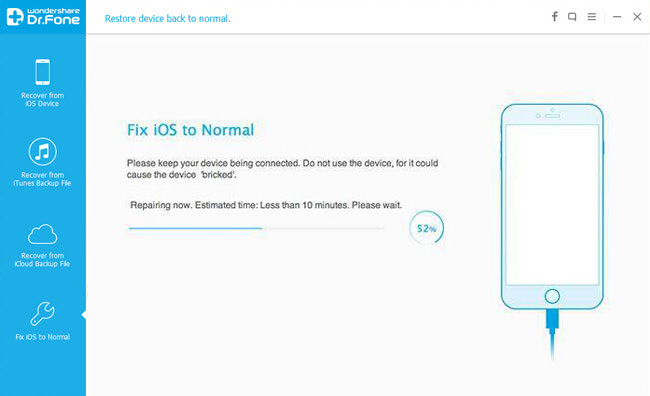 Wondershare MobileTrans: With it, you can transfer all your iPhone 6S/6S Plus data to Android phones or Symbian smartphones, no matter which network they run on, as long as you use a PC as a go-between.

Wondershare Dr.Fone for Android: If you lost or delete data on your Android phone carelessly, you can use this app to recover Android phone data easily.

Wondershare TunesGo: TunesGo enables you to transfer your desired music files/playlists from any devices to another, and manage, discover and share your music with ease.

iFastime Video Converter Ultimate: With the product, you can transcode copy-protected Blu-ray/DVD, 4K/SD/HD video in any format to iPhone 6S/6S Plus for playback.

Have more questions about how to fix iPhone 6S/6S Plus Stuck in White Screen Of Death issue, please feel free to contact us>> 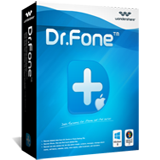 The professional Wondershare Dr.Fone for iOS is developed to recover all your lost contacts, messages, photos, notes, etc. from iPhone, iPad and iPod touch.