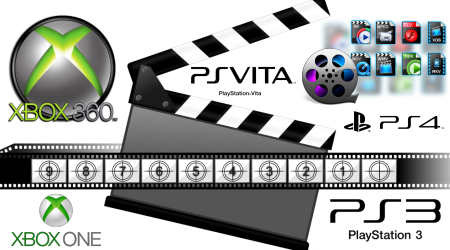 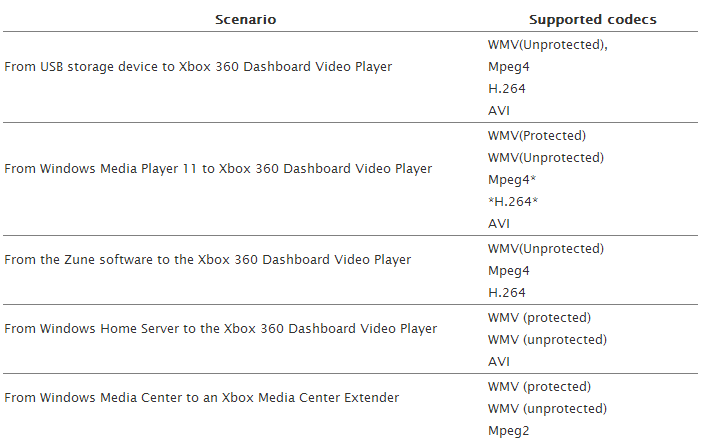 Video Formats Supported by Xbox One

Audio Formats Supported by Xbox One

With a Blu-ray optical drive, the PS3 supports Region A Blu-ray discs. It can also read BD-ROM, BD-R and BD-RE discs, though it cannot write to them. To play copy-protected discs at 1080p, the output must go from an HDMI cable to an HDCP-supporting device. The PS3 also plays a variety of DVDs, including Region 1 discs, DVD-R and -RWs, as well as DVD+R and +RW. As with Blu-ray discs, recordable DVD formats can only be read by the PS3, not written to.

Aside from physical disc media, the PS3 also supports a number of digital formats. Formats include MPEG-1, MPEG-2 PS and MPEG-2 TS. Memory Stick, AVI and MP4 formats are also supported. With system software version 2.10 or above, you can also expect DivX and VC-1 -- WMV -- files to work. To get VC-1 WMV videos working, enable the System Settings menu's "Enable WMA Playback" option.

Note: For video that isn't on a disc, the PS3 can read and play videos from various places. Compatible videos stored on an external hard drive or USB flash drive work by plugging your USB device into one of your PS3's USB ports. According to the PlayStation website, you can use a USB adapter on PS3 models without USB ports. The PlayStation 3 can only access drives using the FAT32 format, so format your drive properly before adding videos to it for playback on your PS3.

Besides, 3D content also works provided you've got a 3D television and the required glasses.

The following types of files can be played under (Music). (More info)

Photo Channel, one of built-in channels of Wii, is the essential part for playing movies on Wii, which is used to display, share and manage photos/movies/videos/audio with Wii console through a SD card.

Videos in AVI, MOV (QuickTime) or MPEG-4 format with a resolution of up to 848x480 can be supported by Nintendo Wii. Depending on version of Photo Channel, the compatible audio formats are quite different, MP3 for version 1.0 and alternative AAC (file extension .m4a) for version 1.1.

Need to Play Any Videos on Game Consoles?

Before playing, you should learn that

1. For a smooth playback of the audio/video files on Xbox 360, Xbox One, PS3, PS4, PS Vita, PSP, Wii via its media player, make sure to save the to a folder so that they can be readable by the system.
2. Check whether your video file type and codec are supported. For instance, if MP4 video is in H.264/AVC HD and audio in MP3, you cannot play MP4 correctly.
3. Difference data types or file sizes might as well cause playback issues, so you need to tweak the parameters before playing it.

In this case, for playing some incompatible formats like 3GP, FLV, WebM for web/Chromecast, MOD/TOD files recorded by digital camcorders on game consoles smoothly, it is suggested to convert them to best media formats supported by Xbox 360, Xbox One, PS3, PS4, PS Vita, PSP, Wii. iFastime Video Converter Ultimate is an all-sided video converter available to convert any SD/HD/4K videos to game consoles best supported video/audio format on Windows (10/8/7/XP) in a few clicks. 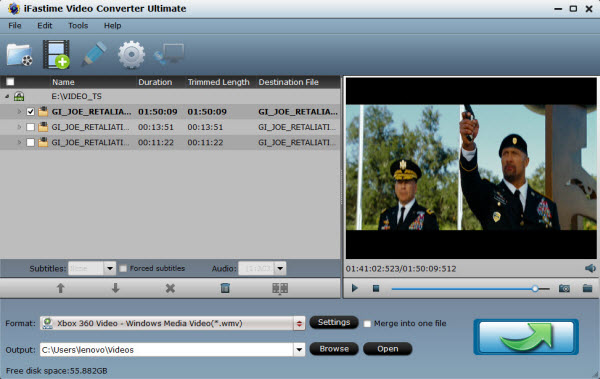 1. Converted video's quality: Maintain perfect balance between the output quality and file size for playback.
2. Converting Speed: World's no.1 fast video converter, surpassing rivals by as many as 6 times.
3. Easy to use: It has easy to use interface.
4. User-defined setting: It offers neatly organized profile without needing to know any codec, resolution, bit rate, etc in advance.
5. Rich extra functions: It has rich extra functions like merging, trimming, cropping, adding effects, watermark and subtitles to your videos in order to make your videos more ppersonality.
6. Wide format supported: It can convert all videos (MKV, H.265, VOB, AVI, MP4, WMV, FLV, etc) for playing
7. Security: It is 100% virus-free. Image that, if your PC or portable devices are attacked by some unsafe factors, it is not worth!

Now go to this game console video converter -> click download icon -> install it on your computer and refer to the tutorial to convert Video in Xbox 360, Xbox One, PS3, PS4, PS Vita, PSP, Wii Supported Video Format! Start to bring your digital cinema at home!