PS4 has destroyed Xbox One with a strong worldwide sales, owing to the integration of the successful media player that's said to be compatible with a large variety of file formats, including 4K, to some degree. However, the fact is: Technically, yes. Practically, no. Here comes this article with how-to guides on downloading 4K movie on PS4 and playing 4K (2160p) video on PS4 from USB drive. If there is something you really need to get ready with, that would be a best 4K video converter for PS4. 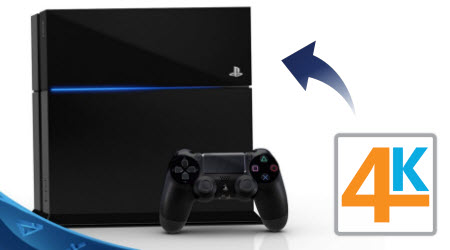 1. Lack of 4K video source. 4K UHD video is still pretty lame for the public, even with the great H.265 codec. Many camera recordings are 2K and some YouTube 4K videos are not "true 4K", which maybe 4096 × 2304 resolution, but the bit rate and compression makes it look worse than standard 1080p.

2. The need of 4K display, 4K monitor, 4K player, graphic card for 4K. Without these necessities, even if you finish your 4K video downloading, you can't really enjoy ultimate visual feast.

3. High bandwidth. If there is no good internet service provider, which leads to a sprint slow speed connection.

Sony 4K Ultra HD Media Player is a very good source for 4K content. Sony FMP-X10 media player is available on Amazon for $699. You can find out more details of this Sony 4K Ultra HD Media Player from the official site link here. Sony's new 4K service will offer movies at a whopping 100GB per piece. For users with a reasonable 25Mbps Internet connection (the current U.S. average sits somewhere under 10Mbps), that means an almost 9-hour download. There is no need to do that.

How to Play 4K movies on PS4

It is true that you are allowed to watch downloaded 4K video on PS4 offline from USB drive with no need of 3-party tool, but to play 4K (2160p) movie on PS4 without a hitch, there still are some points:

2. 4K 4K Display: Even if PS4 supports 4K, you still need a 4K screen like 4K TV, which has high enough pixels for better watching.

If not, the case would be:

* If you play a 4K video in full screen via PS4 Media Player with 1080p resolution, you will only see a quarter of the image.
* Or PS4 automatically zooms out from 4K to 1080p, which means you will play the 4K video though PS4, however, in 1080p resolution.

3. Make sure your 4K video format to be PS4 compatible

According to PlayStation 4 User's Guide, we know: If you are using a USB storage device, you must save your files to a folder so that they will be recognized by the system.

If you are using a USB storage device, you must save your files to a folder named "Music" so that they will be recognized by the system.

As above, you see some mainstream and niche videos like H.265, AVCHD, XAVC, XAVC-S, MXF, AVI, FLV or WMV formats with 4K resolution can not be recognized by PS3, even 4K MP4 is supported, there are not so many 4K MP4 sources, in this case, you have to convert these 4K videos to PS4 supported format.

To save you all the trouble, iFastime Video Converter Ultimate, as one of the best reliable video converters for PS4, is definitely your No.1 choice for compressing, converting or transcoding 4K videos for PS4, mainly working in the following ways:

2. Compress 4K videos to 1080p/720p for PS4: This Ultra HD Video Converter is also available to customize the output resolutions to any size including 1080p/720p the users want for better playing on PS4.

4. World's Fastest conversion speed: It's worth mentioning that, this tool supports NVIDIA CUDA and ATI Stream (AMD APP) acceleration technologies. If your computer running on a CUDA-enabled Graphics card, or an AMD graphics card with AMD APP technology, the conversion speed will be muchfaster.

For mac users, turn to the mac version here. Download the program and let's learn more conversion steps below.

Steps to Convert 4K videos to PS4 for playback from USB

Run the 4K Video Converter program and click "Add video" button to select the 4K video files you want to import. You can also directly drag the video files to the program for conversion. 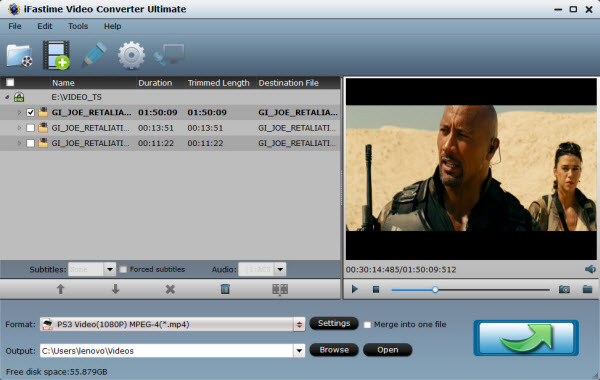 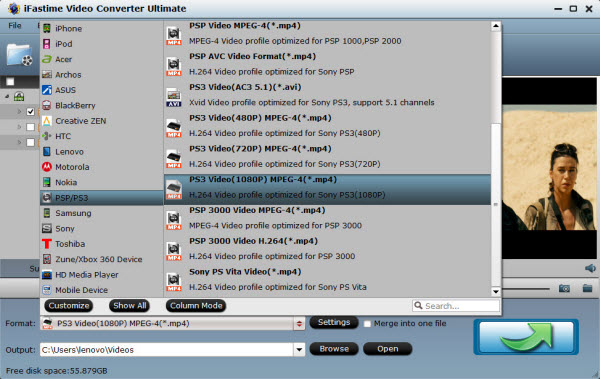 Tip 1: The optimized default settings will guarantee the best output quality for you to play 4K videos on PS4. If you need, you can also adjust the video and audio parameters, including the Bitrate of Video & Audio, Video Size, Sample Rate, Frame Rate, Audio Channels, etc., by clicking the "Settings" button on the main interface for getting the best quality. Here you can choose "1920*1080" resolution for easier playback. 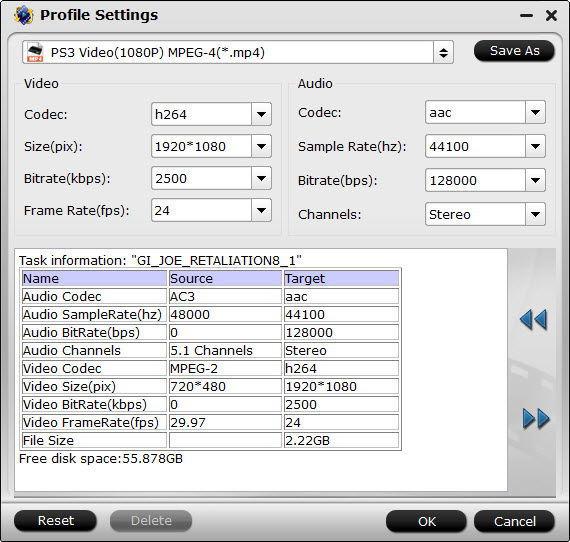 Tip 2: If you hope to personalize the video, you may also trim the video to get the clips you need for playing on PS4 or crop the video to remove the black bar to watch on PlayStation 4. 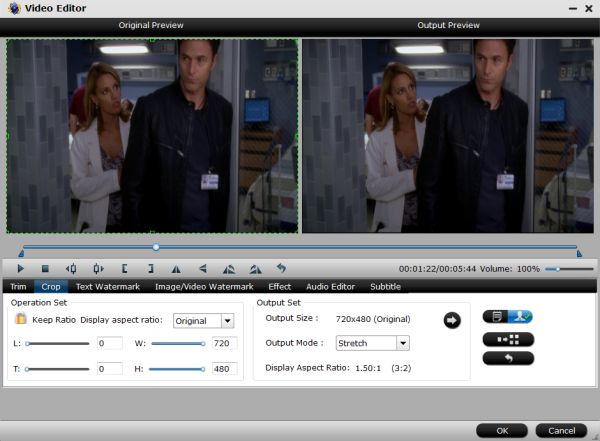 After all necessary settings, click "Start conversion" to start the 4K to PS4 video conversion. When the conversion completes, you can click Open button to get the output videos. Now stream the converted 4K video files to your PS4 for playing without worrying about the media incompatibility problem anymore.

Before transferring, please make sure of the following things to get ready:

* The computer with the movie file that has been converted as above;
* A USB external hard drive or flash drive;
* A PlayStation4

1. Transfer the converted movie file from your computer to the USB. You should format it to FAT-32 if you are using an external hard drive.
2. Insert the USB flash drive or hard drive into one USB port of PS4 console.
3. Turn the PS4 on after making sure there is a disk in the system, and then go to the main menu.
4. Select "Video" and then find your USB device.
5. Select "Display All" to see all the video files existing on your Sony PS4.
6. Select the file you wish to transfer and press the triangle button.
7. Choose "Copy" and confirm the transferring, then the movies are transferred and copied to your PS4 hard drive.

PlayStation 4 is thereby used as a host and a controller, through which you can play the movies on the display of computer monitor, video projector, digital television, or digital audio device with the help of HDMI or optical S/PDIF.

Have more questions about how to download/play 4K movies on PS4 from USB Drive, please feel free to contact us>>