How to make .mts files playable on Samsung TV?

It is a wonderful idea to watch your impressive mts footages on Samsung TV. However, MTS files can't be accepted by Samsung TV by default. So how can you make .mts files playable on Samsung TV? 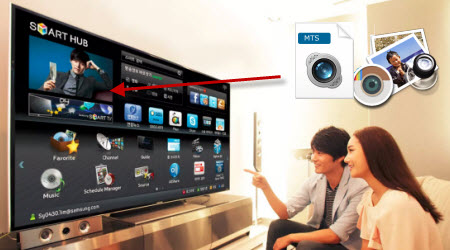 Recently we can hear much news about Samsung TV on CES 2016, the arrival of Samsung TV 2016 SUHD TV lineup can actually let us experience what amazing things this platform brings, allowing the TV itself to act as the controller for the entire smart home. The Samsung Smart View mobile app allows users to share their favorite content instantly with their family. In order to play MTS video on Samsung TV 2016 SUHD TV or other models like Samsung Smart TV, OLED TV, UHD TV, 3D TV, LED TV, etc., we need to convert MTS to Samsung TV supported formats.

There are a huge amount of tools out there that allow you to convert MTS files to Samsung TV friendly formats. While in view of converting speed and quality, here I highly recommend you try iFastime Video Converter Ultimate, which can fast help you convert MTS to Samsung TV accepted MP4 videos without any quality loss.

Besides MTS, the program can also convert M2TS, AVCHD, MKV, AVI, VOB, MPEG, MPG, MXF, WMV, etc. video formats to play on Samsung TV smoothly. This easy-to-control mobile phone video converter is aimed at making various video formats perfectly played on your Samsung TV with the optimized presets provided. This software can also convert 3D MTS video files to 3D format or 2D format, it can also convert 2D to 3D! If you're a Mac user, simply turn to the Mac version here. Here is how to do it.

Launch the MTS to Samsung TV converter. Click "Add video" button to import the .mts files copied on your hard drive which you like to play on Samsung TV. You can also use the drag-and-drop method to load the .mts files to the application UI.

Tip: If you want to merge multiple MTS files into one for easy editing, please tick the box "Merge into one file" to merge all the imported clips. 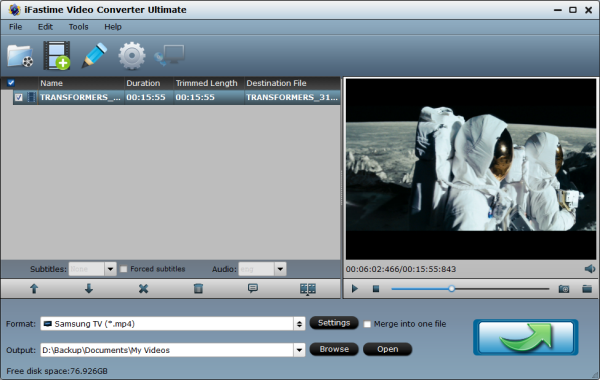 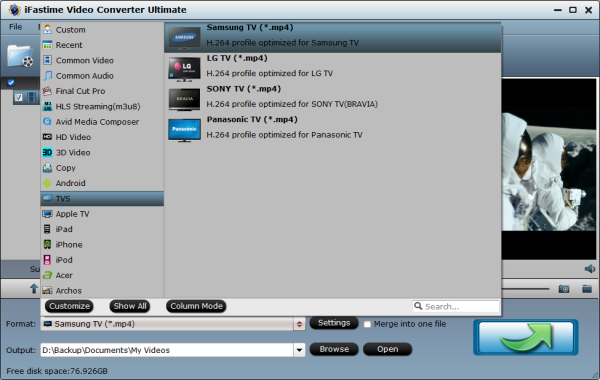 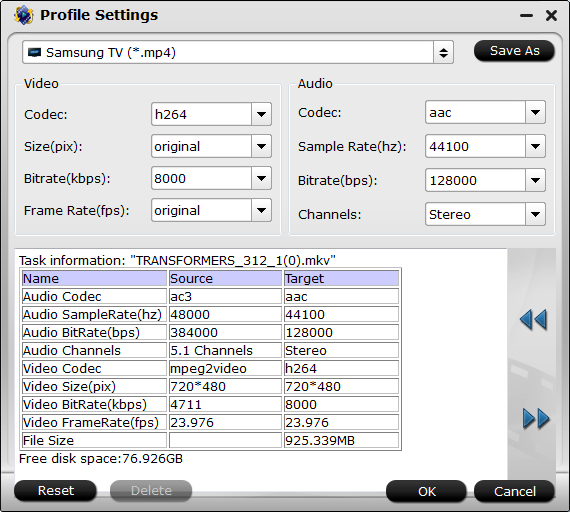 MTS/M2TS is a file name extension used for the Blu-ray Disc Audio-Video (BDAV) MPEG-2 Transport Stream (M2TS) container file format. This container format is commonly used for HD video on Blu-ray Disc and AVCHD. MTS is developed by Sony and Panasonic together as the recording format for the HD camcorders, commonly the 4K video recorded by the trending Sony, Canon, Panasonic 4K cameras or camcorders is in MTS format.

Why Convert MTS to Samsung TV?

According to instruction book of Samsung TV, movies in formats, MP4, AVI, MKV can be played on Samsung TV with no trouble. In addition, HEVC codec is supported by Samsung 4K Ultra HD TV allowing for 4K UHD movie/video playback. That's the reason why we encountered the following problems:

"If there is an effective way to do it between a Panasonic compact camera and Samsung TV? Why I failed to play MTS video on Samsung TV?"

"Everything seemed fine until I tried loading .mts videos onto a card to play on my Samsung TV. The TV didn't recognize anything."

"I was hoping that the Samsung codecs in my Samsung LN46B650 TV would play the Samsung TM300 HD camcorder recorded MTS files from the external HD but apparently that won't work."

Have more questions about how to make .mts files playable on Samsung TV, please feel free to contact us>>

One thought on “How to make .mts files playable on Samsung TV?”