The 88th Academy awards is over. What a breathtaking moment! As expected, Leonardo DiCaprio and Brie Larson took home the major acting awards at the 88th annual Academy Awards. Now see the complete list of 2016 Oscar winners, including best picture, best actor, best actress, best director and so on along with some tips for watching Oscars/Academy Awards movies offline limitlessly! 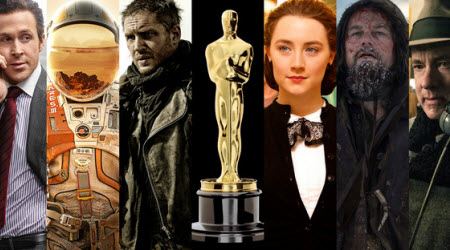 We've bolded every single one of the winners in each category as they were announced live on the air with the most recent on top. That's a wrap folks! Thanks for tuning in! Keep the talk going in the comments!

Commentary: This was a forgone conclusion, and Brie Larson absolutely deserved this award. What an incredible performance in a movie that is equally as fantastic. 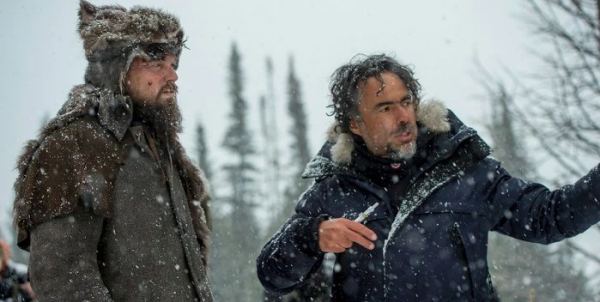 Commentary: There's no denying he worked hard as hell on this movie, but it's not the best of the year, and I'm not entirely convinced he deserves this award over George Miller or Tom McCarthy. 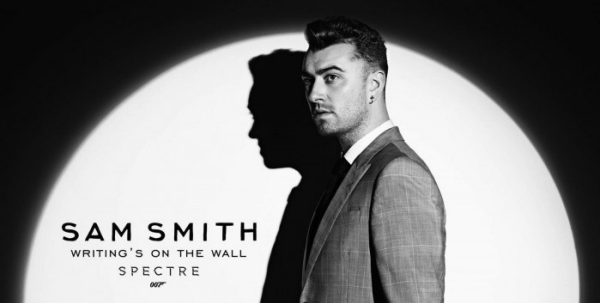 Commentary: This is unbelievable. This song is pretty bad, and it's nowhere near as good as the Lady Gaga song. Really shocked at this win.

11:12pm – Lady Gaga belts out "Til It Happens to You" from The Hunting Ground, proving why it will probably win Best Original Song here in a little bit. Real survivors of sexual assault and rape, both men and women, come out on stage while she sings. Very powerful performance. 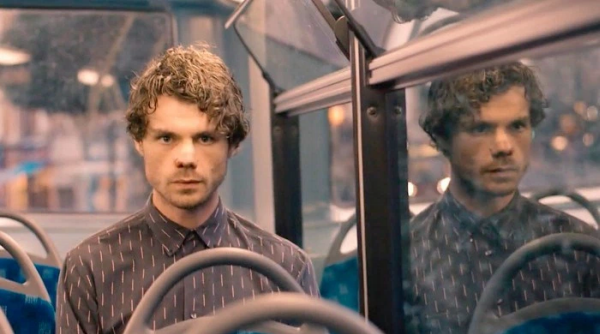 Commentary: Jacob Tremblay and Abraham Atttah presented this award, because they are short. Get it?

10:55pm – The In Memoriam reel is accompanied by Dave Grohl of Foo Fighters, and it nearly made a tear come out of my face. Rest in peace, Bing Bong.

10:52pm – AMPAS President Cheryl Boone came out to talk about the changes being made to help bring about diversity and inclusion for future awards. We'll see how that works out next year, but there just need to be more roles for non-white actors.

10:49pm – Governors Awards to Debbie Reynolds and Spike Lee are highlighted with clips from the ceremony. Wish we could see more from that event. 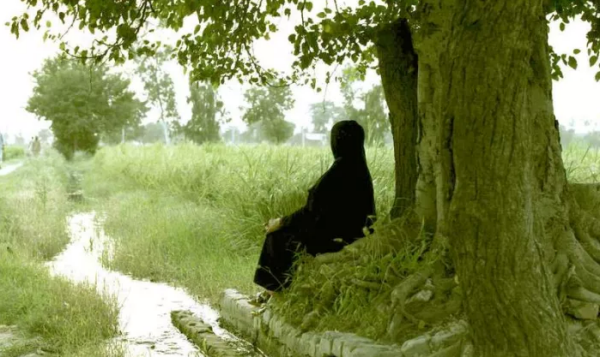 Body Team 12
Chau, Beyond the Lines
Claude Lanzmann: Spectres of the Shoah
A Girl in the River: The Price of Forgiveness
Last Day of Freedom

Commentary: Best part of this was Louis C.K. presentation for the award. It would be great if he hosted, but I can't imagine that's something he would ever want to do. Also, the fact that this changed the laws about honor killings is a big deal. 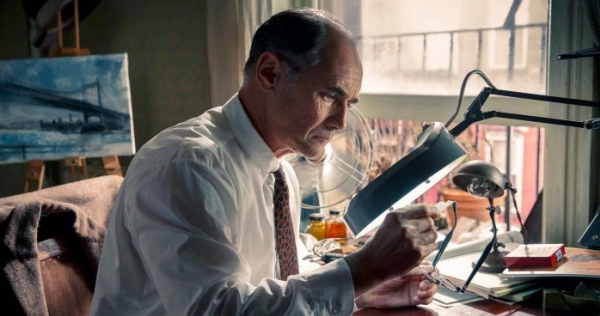 Commentary: Wow. No one saw this coming. I'm not sure how I feel immediately. This was a great performance, but I thought Sylvester Stallone had it in the bag.

Commentary: I would have been happy if Anomalisa won this, but Inside Out just worked a little better, I think. 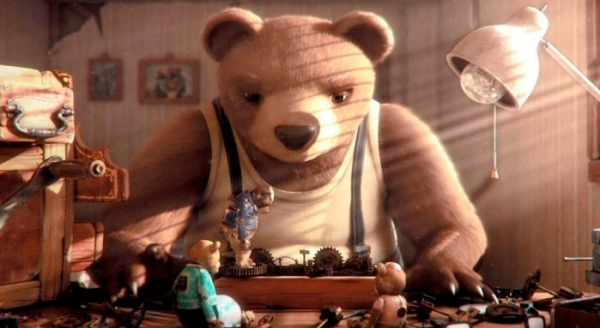 Commentary: This award was presented by the Minions, which was very silly.

10:06pm – Chris Rock is having his daughter and her girl scout troop sell Girl Scout cookies at the ceremony.

10:00pm – BB-8, R2-D2 and C-3PO appear on stage, making the whole ceremony worth it, with a special shout out to John Williams, who has earned 50 Oscar nominations. C-3PO also calls the giant Oscar statue quite handsome, essentially confirming what we've suspected all along…he has a gold fetish.

Commentary: This is a bit of an upset. It's not that Ex Machina didn't deserve it, but many though Star Wars or Mad Max would walk away with the prize. 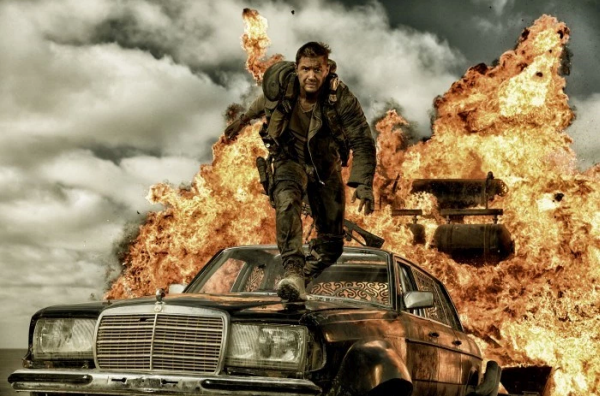 Commentary: Yep, Mad Max: Fury Road is taking home a bunch of technical awards for the night. Well-deserved win for this category, and The Big Short missing out on this one likely means it won't take home Best Picture.

Mad Max: Fury Road
The 100-Year Old Man Who Climbed Out the Window and Disappeared
The Revenant

Commentary: Mad Max: Fury Road for all the awards! This was no contest at all.

Commentary: I can see Mad Max: Fury Road taking a bunch of technical awards but not getting any big prizes. I guess some is better than none. 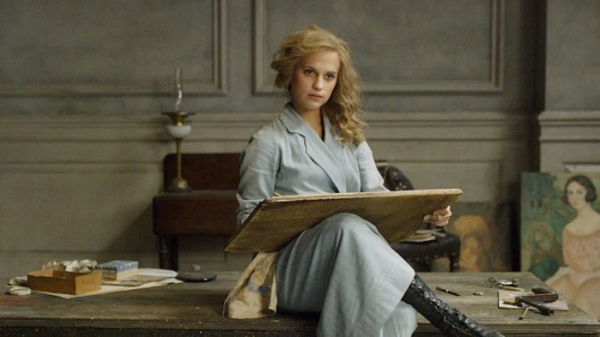 Commentary: It's her first Oscar, and while I wish she got it for Ex Machina, she's got a bright future with many more awards in it, I'm betting.

9:04pm – Sam Smith sings "Writing's on the Wall" from Spectre. Didn't realize I was going to have a challenge to not fall asleep so early. This song is terribly boring.

9:01pm – Stacey Dash appeared for some kind of joke that fell completely flat.

8:58pm – Whoopi Goldberg, Leslie Jones, Tracy Morgan add some diversity to some of the Oscar nominees' clips, imagining what they would be like with more black people. Leslie Jones in place of the bear in The Revenant was brilliant.

Commentary: Another expected win for an absolutely brilliant script. How crazy is it that Adam McKay has an Academy Award now? So happy for him.

Commentary: This was predicted to win, and I couldn't be happier that it did. Such a sharp script. Hope it takes Best Picture tonight.

The order of the awards has been changed up, going by the process of filmmaking, beginning with the scripts.

Chris Rock comes out by calling the Oscars the White People's Choice Awards, not shying away from the controversy surrounding the lack of black nominees, so this is going to be a great monologue.

It's 8:30pm PT and we're off to the races, kicking off with a montage of clips from the films of 2015, including a bunch that weren't nominated for any awards. They all interact with each other in a way that we've seen in a bunch of year-end montages that we posted in December.

Found these 2016 Academy movies have already removed from cinemas? And notice the Blu-ray/DVD version of 2016 Oscars movies are not available right now? No panic! Instead of watching 2016 Oscar Videos/Movies/Full Live Show online, you are also suggested to download 2016 Oscar Academy Awards on Torrent sites to play on Windows (10) PC, Mac or iOS/Android devices with no buffering.

But soon you will be aware of that all your movies downloaded are in limited formats and resolutions, many users don't know how to make those different format videos playable on different devices like iPhone 6s, iPad Mini 4, Apple TV 4, Samsung Galaxy S7, etc. 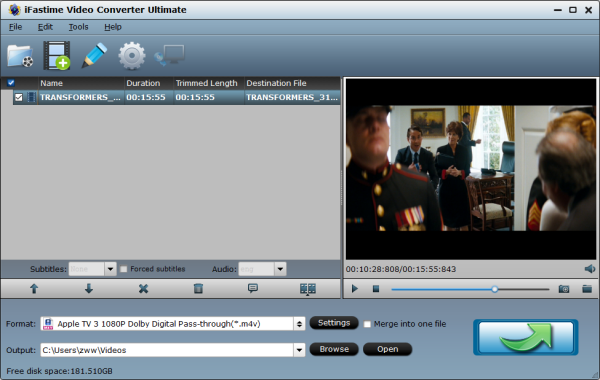