Comparison Between iPhone SE and iPhone 7

We have to admit the fact of the matter that you love anticipating a new phone that isn't out yet - the next best thing - so much more than something that is launched and has become a reality. You love a tease. Now rumor has it that Apple is currently planning to unveil its next generation of iPhone – 4-inch iPhone SE which could show up in March. However, the much-rumored iPhone 7 may not be revealed until September 2016. Today we are comparing iPhone SE VS iPhone 7 on design, display, operating system, processor, camera, battery life, etc. which will be a reference of your iPhone buying. 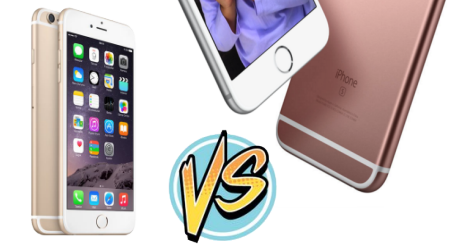 The upcoming iPhone SE remains some similar designs like the Touch ID in design and smaller total chassis. While iPhone 7 will have a completely new design including a waterproof design, use Lightning port instead of the standard headphone jack. Thinner body and bezel.

iPhone 7 comes in two variants, a smaller iPhone 7 in 4.7 inch and a larger iPhone 7 Plus in 5.5 inch. It will feature a more capable 3D Touch LCD display with higher resolution near 4K. iPhone SE will carry a 4-inch display with new curved edge physical design and various color options, which saves your pocket space a lot.

As we know, iPhone 5s and iPhone 5C are both in service of iOS 7. Sure enough, there must be some differences among iPhone SE vs iPhone 7 comparison in operating system. The newly iOS 9 has already come into use and it is possible that iPhone SE will ship with the iOS 9. The next version of its mobile operating system iOS 10, which is likely to arrive aboard the iPhone 7. (See Pros and Cons of Jailbreaking your iPhone)

iPhone SE reportedly applies latest A9 and M9 processors with 2GB of RAM. According to Apple's tradition, 2016 iPhone 7 sports with A10, no doubt. This time, the A10 might be different, to some extent. There are speculations showing that the iPhone 7 might be fitted with a 'hexa-core' A10 processor, which will make the phone significantly speedier than iPhone SE.

iPhone SE is said to apply the same advanced camera system in iPhone 6s with the same 8-megapixel camera and 1.2MP front shooter. And iPhone 7 is supposed to have a 24-megapixel camera with support for third-party lenses.

iPhone SE will come with bigger battery life than iPhone 5s which can be 1,624 nAh. And the iPhone 7 will have a battery of 3100mAh, about 12.7 percent than the iPhone 6s Plus' 2,750 mAh battery, and almost double that of iPhone SE.

Now you see the basic information about one of the top 2016 Apple Products are here. No matter what your final choice will be, we still have faith that watching video and listening to music on the upcoming iPhone SE and iPhone 7 will be enjoyable. Even better, the thoughtful multimedia software iFastime Video Converter Ultimate comes out to help you improve your iPhone experience to new heights.

For movie lovers, there are still increasing demands over iPhone video formats converter to turn iPhone SE/iPhone 7-incompatible video formats into the one playable on your new iPhone. And this small but capable media conversion tool will does what it is intended to do:

It supports converting any video/audio files (MP4, MKV, AVI, MTS, etc.) from your media collection to iPhone supported format with quality lossless. What's more, the top-ranked Video Converter Ultimate let's you target exactly which device you want your videos to play on, with default settings for Apple's iPhone, iPad and iPod devices as well as Android, Surface and other popular devices. Some of you may run a Mac OS X, please refer to iFastime Video Converter Ultimate for Mac.

Have more questions about comparison Between iPhone SE and iPhone 7, please feel free to contact us>>