Copy Blu-ray to Samsung 4K TV for streaming via NAS

If you are about to hop on the 4K Ultra HD bandwagon, you may choose one of the top Samsung 4K TVs as your main computer monitor and spend most of your time sitting on the couch and watching movies and TV series. Due to unprecedented clarity, unequaled sharpness and the most crisp and defined sound, more and more Blu-ray hoarders start to express their hopes of copying Blu-ray movies to Samsung 4K Ultra HD TV for better visual and audio experience. 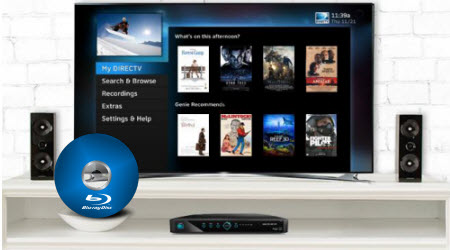 For this matter, after picked out your favorite Blu-ray and set up the DLNA media server on QNAP NAS, you need do some extra bits to cap off the Blu-ray-to-Samsung 4K Ultra HD TV errand. One is a great capacity of NAS that is compatible with the Samsung 4K Ultra HD TV should be in your inventory list; Another, you are in great need of a Blu-ray to Samsung 4K TV ripper to convert the movie Blu-ray discs to video formats such as H.264/H.265 MP4, MKV, which are the most common formats playable on Samsung 4K Ultra HD TV.

Also, if your TV is not on the list, don't worry, it also supports almost all the mainstream video formats, so you just need to convert Blu-ray to one format compatible with your TV. Both MKV and AVI are common and popular formats, of course the software supports converting Blu-ray to H.264/H.265 MKV and Blu-ray to AVI, even Blu-ray to MP4 and more. This Blu-ray ripping software is compatible with Windows 10. For mac users, here is the mac version. As one of the formats capable of playing on Samsung 4K Ultra HD TV, let's just settle on H.265 MP4 as our protagonist and see how this Blu-ray to Samsung 4K Ultra HD TV tutorial works.

Load your source Blu-ray from BD drive by clicking "Load file(s)" button on the top-left. To rip and play Blu-ray with Subtitles, set your wanted subtitles and audio track from the drop-down box of "Subtitles" and "Audio" tab. 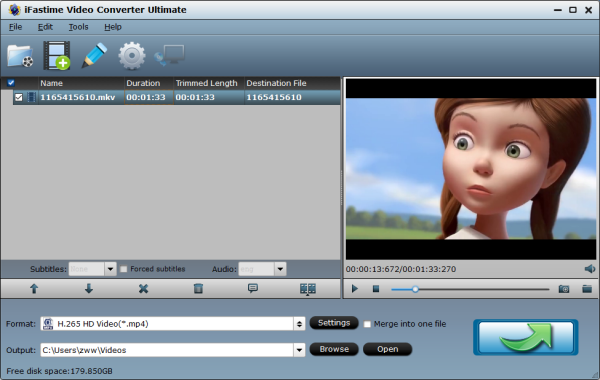 Opt for "H.265 HD Video(*.mp4)" from "HD Video" as your output profile. Or you can choose "Samsung TV (*.mp4)" from "TVS" for watching Blu-ray on Samsung 4K TV with 1080p quality. If you need the output without quality loss/degradation and with intact tracks and content, please choose "Copy the entire disc" on the main interface for 1:1 copying Blu-ray onto NAS for streaming to Samsung 4K UHD TV. 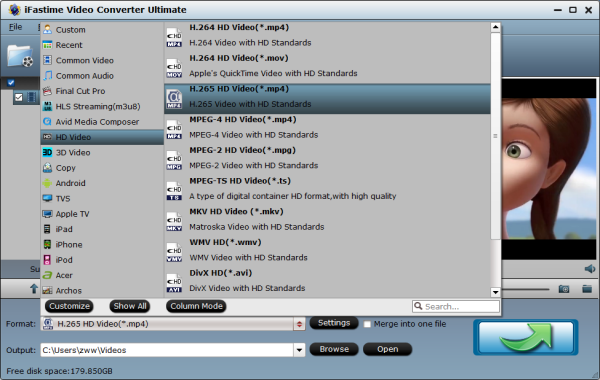 Choose the Destination Folder and click "Start conversion" button to start the conversion.

After the conversion dust has settled down, all you need to do is to stream it to NAS server and at at last, open it to enjoy the fascinate Blu-ray movies on Samsung 4K UHD TV from NAS. Alternatively, you can also transfer the converted video into a USB flash disk or upload it to some cloud storage devices, connect those external devices to your Samsung 4K TV for Blu-ray movie experience.

DS video is a free app for Samsung Smart TV, which allows you to easily stream videos from your Synology NAS server. As it’s dedicated for Samsung Smart TV, no extra streaming boxes or remote controls are needed for streaming. See the information below to find out how it works and where you can find DS video in the Samsung Smart Hub. (DS video will be directly available for download from the App Store)

To get started with DS video for Samsung Smart TV, please do the following:

Alternatively, you can use either of the following manual installation methods:

Installation through the TV’s developer mode - only available if you have a model from 2012 or later (see the Availability and compatible TV models section below):

Through this installation, the app is directly installed on the TV, guaranteeing regular performances. You can find more information about this process:

Running from an attached USB stick - only available if you have a model from 2013 or later (see the Availability and compatible TV models section): 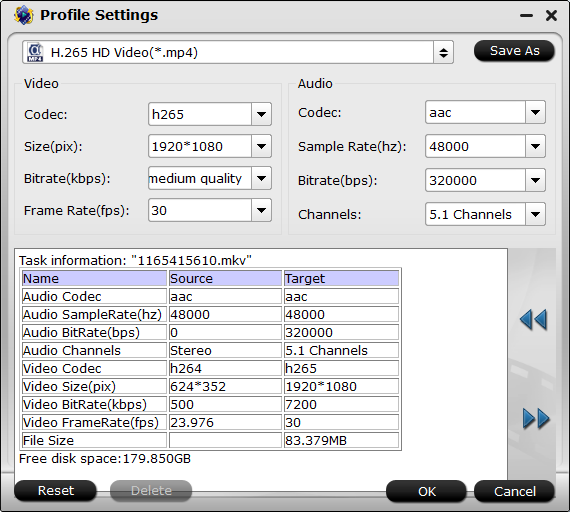 2. By hitting "Edit selected task" button, you can edit Blu-ray video as you wish: trimming any segment of Blu-ray to convert; cropping Blu-ray video to remove the black bars; adding special effect; inserting subtitles you have downloaded for your Blu-ray movie.

Southern California's Video & Audio Center will be offering Samsung's UBD-K8500 streaming Blu-ray player and will debut the first Ultra HD Blu-ray discs to hit the market from 20th Century Fox Studios, including the Oscar-nominated "The Martian."

The discs will features native 4K content with high-dynamic range. The Samsung player is backward compatible with all existing Blu-ray and 3D Blu-ray discs, DVDs and CDs, and it up-scales non-native 4K content. The UBD-K8500 features built-in Wi-Fi and includes more than 300 apps, including streaming services that offer 4K content: Netflix, Amazon and YouTube.

Have more questions about how to copy Blu-ray to Samsung 4K TV for streaming via NAS, please feel free to contact us>>