How to solve Tivo playback issues on Sony Blu-ray Player

Perhaps you're using the RF Coax connections. That's not the best way to connect your Tivo or your BluRay. Here's what I would suggest ....

So you need to

To complete the conversion, you will need a Tivo to MPEG-2 TS encoding application. iFastime Video Converter Ultimate can be your ideal choice in thousands of video converters in the market.

With it, you are able to remove Protection/Commercial from TiVo Recordings and convert Tivo files to MPEG-TS HD video formats to play on Sony Blu-ray players with high definition quality. In addition, you can also transcode Tivo to MPEG/MOV/MKV/MP4/AVI/WMV for playing, editing and uploading without any hassle. Get wonderful output files with simple steps and never worry about out of audio/video sync! The equivalent Mac version is iFastime Video Converter Ultimate for Mac. Just download it and follow the steps to converting TiVo to Sony Blu-ray Player in a few clicks!

For Windows (including Windows 10) users, just follow the detailed guide to complete your conversion. The way to encode TiVo to Sony Blu-ray Player video format on Mac (including El Capitan and Yosemite) is the same. Just make sure you've downloaded the right version. 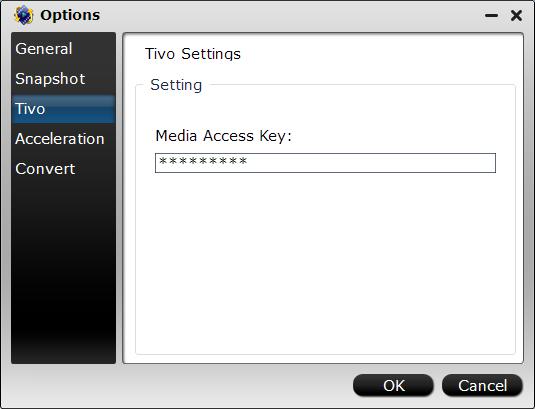 After enter the Tivo files Media Access Key, click "File" menu, from its drop-down selection, choose "Add Video/Audio" or "Add from Folder" to import source Tivo files to the program. Other video formats like AVI, MP4, FLV, WMV, VRO, etc can also be taken as source files for loading. 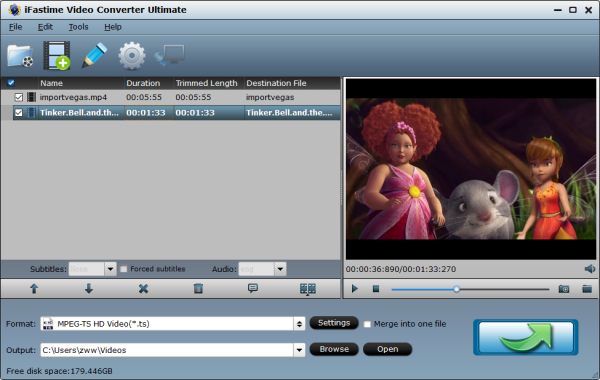 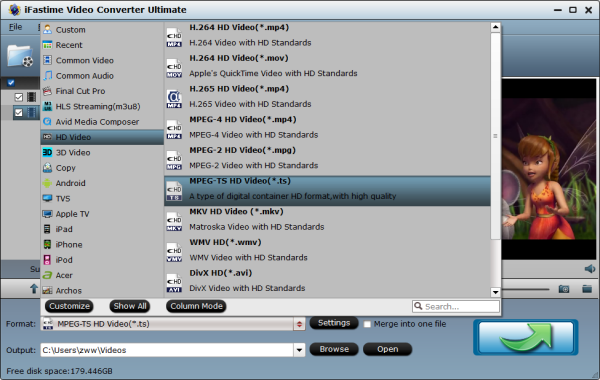 Tip: If you like, you can click "Settings" to change the video encoder, resolution, frame rate, etc. Remember bitrate higher results in big file size, and lower visible quality loss. 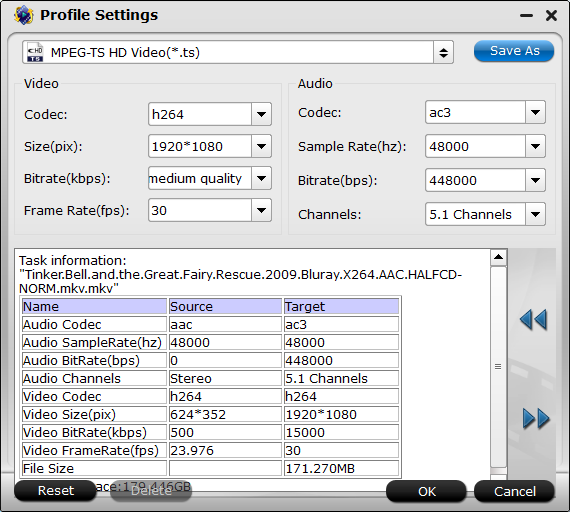 All all the settings is over, start Tivo to Sony Blu-ray Player MPEG-TS HD video conversion by pressing the right-bottom "Start conversion" button. When the conversion is competed, transfer the converted Tivo files to an external USB storage device, then connect the USB device to USB port on your Sony Blu-ray Disc player for play Tivo files with Sony Blu-ray Player on TV or computer with ease. Or use the DLNA feature to access media files over your home network from other DLNA enabled devices, such as a PC or PlayStation3 system.

1. If you haven't got TiVo files ready on your PC, follow the steps: Launch TiVo Desktop software on your PC. Connect TiVo to your home network, and then the TiVo Desktop will provide you with a list of shows for transferring to your PC. Then please transfer the TiVo TV shows you want to PC. Once all the shows you selected have been downloaded from your TiVo, they will appear in the Now Playing list in TiVo Desktop.

2. If you find Blu-ray Player with TV displays black and white issuse, refer to the similar DVD Player and TV playback solutions.

3. If you want to convert TiVo to mpeg-4 (*.mp4) for your iPad Air 2, iPad Mini 4, iPhone 6S/6S Plus, iPhone 5SE, Galaxy S7, Samsung TV, etc with best settings, please choose the specific profiles the software has preset as output format and get the suitable settings.

Have more questions about how to play Tivo files on Sony Blu-ray players, please feel free to contact us>>