Watching locally stored video on Samsung smartphones and tablets are one of the prime reasons to own a Samsung product. What is the best Free Samsung Video Player Software 2016 that not only with an up-to-date user interface, slick performance, but also plays HD/Ultra HD videos in any format? That's not a hard question, today you are going to meet the top 10 world-class best video players for Samsung Galaxy Note 5, Tab S2, S6 Edge+, etc. which bring the best visual enhancement for your movie enjoying wherever you go. 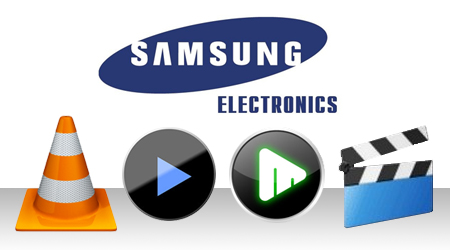 How to Choose the Free Samsung Video Player?

Check the following aspects you need to consider before choosing the best free Samsung Video Player.

1. Is the best Samsung Video Player free of ads, virus, malware, spyware?
2. Does this best free video player for Samsung have slick and directive interface which easy in manipulating?
3. Does it have compact video playback function which plays video in any format with good quality?
4. Does the free player for Samsung have much more control over quality settings and controls?
5. Does it have great technical support so that you can get information and upgrade your software?

Ok, now let's look at the top 10 Best Free Samsung Video Player Software Review in 2016 with the above reference in mind. 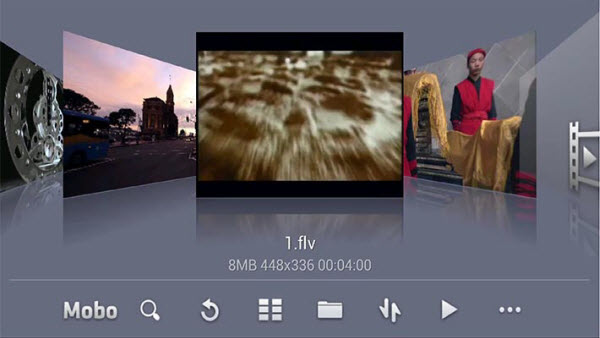 MoboPlayer is a video player developed exclusively for Samsung by Mobo Team. What makes it stand out from the rest is that it supports almost all common video formats (and more importantly plays them back with no lag!), subtitles, and HTTP streaming. It is also one of the most popular video playback apps available for Samsung with 5,000,000+ installations and counting! (Download it here)

Editor's Note: IT PLAYS YOUR VIDEOS AND REALLY THAT'S ALL YOU NEED. 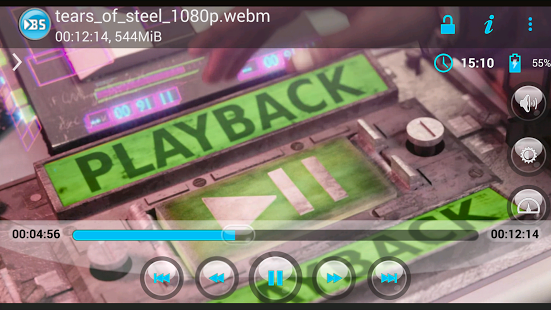 BSPlayer is pretty highly configurable, but you can also start using it right away out of the box with almost any video file. It'll scan your system for playable media and play it all like a champ, with options for hardware decoding, network streaming, and a neat "pop out" player so you can watch videos while you do other stuff on your Samsung phone or tablet. The gestures for seeking, volume, brightness, and zoom are also great, and it's subtitle-friendly. (Download it here)

Editor's Note: A LONG TIME COMPETITOR IN THE VIDEO SPACE. 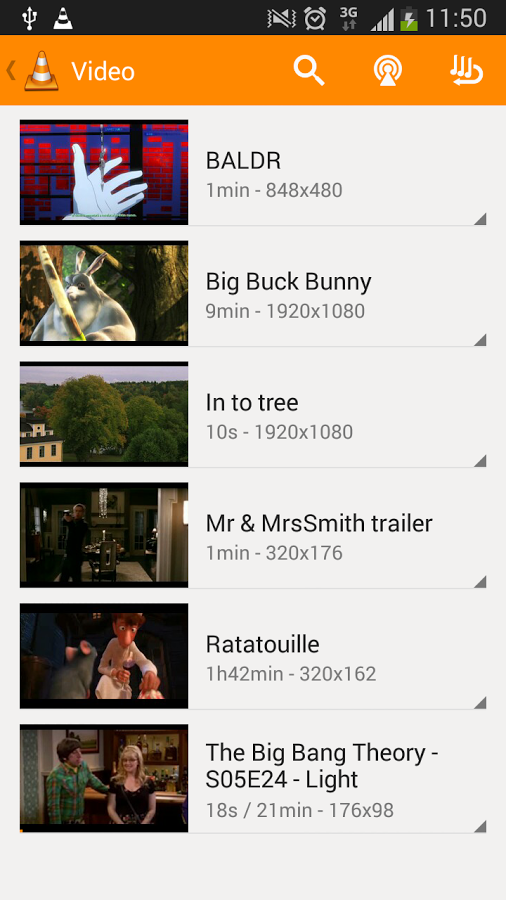 VLC media player is a free and open source cross-platform multimedia player for Samsung that plays most multimedia files as well as discs, devices, and network streaming protocols. VLC is intended for everyone, is totally free, has no ads, no in-app-purchases, no spying and is developed by passionate volunteers. All the source code is available for free. (Download it here)

It is a beta which means there will be bugs. If you have a low tolerance for bugs, don't use this.

MX Playerworks with a plenty of plug-ins so it is capable of playing the vast majority video formats on Samsung. However the recent a few updates of this best free Samsung video player has removed the DTS & DOLBY audio codec supports due to licensing issues which means videos contains the DTS/AC3/MLP audio tracks are not able to hear the sound while playing on Samsung devices. (Download it here)

Editor's Note: WHERE OTHER VIDEO PLAYERS DARE NOT GO.

DicePlayer is the hardware accelerated media player for Samsung and is the only Samsung streaming media player which works on streams from FTP or SMB shares. It supports most of the video codecs and HTTP media live streaming with multiple bitrates. This application does not have as many features as other Samsung media players but the ability of streaming online media makes up for these wispy disadvantages. (Download it here)

Editor's Note: STEADY AS SHE GOES. 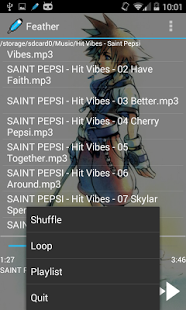 Feather is a newer application that’s up and coming. It removes a lot of the external features and focuses on doing one job and one job only which is playing your videos. It’s a bare bones player without the bells and whistles which may be what a lot of people are looking for. It’s new so it’s hard to gauge how well it does on every device, but it seems to be pretty solid so far. It also plays music! (Download it here)

Editor's Note: IF ALL YOU WANT IS TO PLAY VIDEOS. 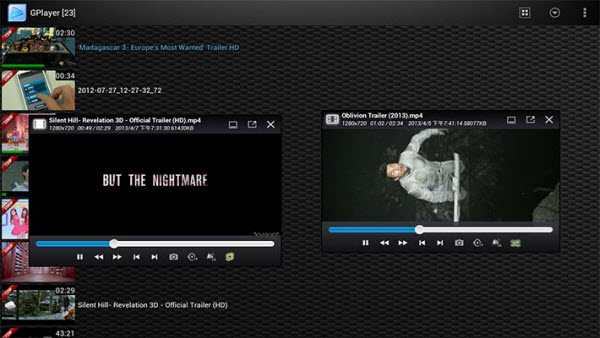 This Samsung video player has a unique claim to fame. It has floating window support so you can watch videos in a re-sizable window instead of full screen like most of these other apps. There is also a full screen option for those who want that. This is great for those who want to watch some video while doing something in the background. It’s also fairly stable. (Download it here) 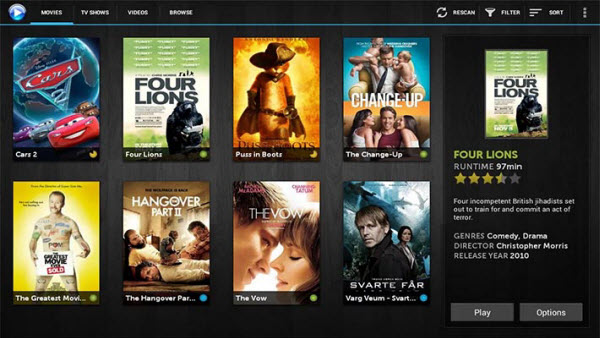 mVideoPlayer is a popular free Samsung video player. It doesn’t have a lot of the features that many of these others do which is a shame but otherwise it works really well. It also has one of the best designed user interfaces of any video app on this list. (Download it here)

Editor's Note: IF YOU NEED A BASIC REPLACEMENT. 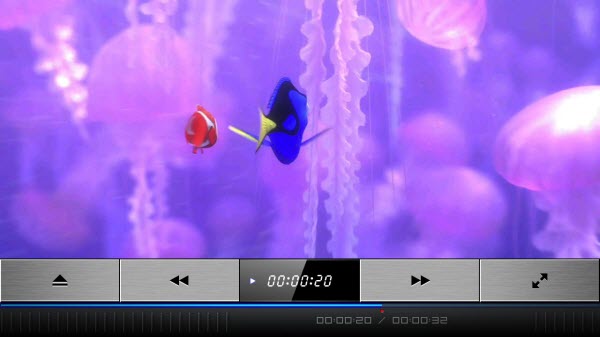 RockPlayer2 is a highly popular and stable Samsung video player option. It plays pretty much every codec and the developers even have an x86 version for those few that have x86 processors. It’s free to use with in app purchases. (Download it here)

Editor's Note: SOLID AS A ROCK. 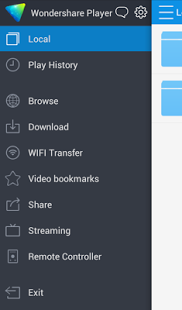 You may remember Wondarshare for desktop software which included a pretty good video converter. It turns out they also have a video player available that’s pretty solid. It’s free to use so there is no harm in trying it out (Download it here)

Editor's Note: HELPS YOU FIND VIDEOS AND THEN HELPS PLAY THEM.

If we’ve missed any awesome free Samsung video players, please let us know in the comments below!

After reviewing the best free Samsung Video Player 2016, sure you have decided to download which best video player for your Samsung products. However, none of the video player can ensure playing all HD/4K movies files on Samsung phone/tablet flawlessly especially the HD video files in large size. To enjoy various videos and movies on Samsung products without any playback problem, here we recommend you this top Video Converter for Samsung- iFastime Video Converter Ultimate, which enables you to