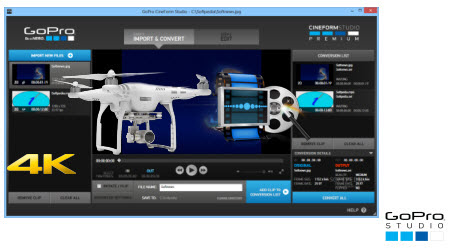 "I recorded some 4K MP4 footage from Phantom 4 saved to laptop. Downloaded GoPro Studio software to edit the footage but it always crashes during transfer?? Why?"

"Does anyone know what video format needs to be used on the DJI 4 4K camera to work in the GoPro Studio video editor. Been using this program for over a year and like it. Any suggestions to make video editing smoother and easier? GoPro Studio edits my files OK, but it does not accept the initial video off the chip for cut and trim-like editing or at least did not for me.  Is that the same for you, or what am I doing wrong?"

Some DJI Phantom 4 4K MP4/MOV files with unacceptable high bitrate/resolution or big sized cannot be accepted by GoPro Studio. In the circumstances, we fail to import some 4K MP4 or MOV files from DJI Phantom 4 to GoPro Studio for editing.

As some guys mentioned in the DJI forum, to use GoPro Studio, you need to import the files, either .MP4 or .MOV from Phantom 4, into Studio and then render/convert them to .AVI files, this is the normal process for Studio. Once converted, they can be edited as easily as GoPro files. At the conclusion, you can export the edited cut to a number of formats, including files intended for YouTube, Facebook and such. If you try to cut the original files, you get that message saying they are unsupported. Conversion is just one extra step, not hard to do. The advantage of GoPro Studio is that it handles 4K quite well, even on slightly lesser computers, has many built in features and it is free.

Besides, if you want to work with a professional level program, Blackmagic Resolve is also free, and is the most powerful colour correcrtion package available. It's drawback is that it needs a powerful computer to run on and is a bit primitive in the editing section at present.

Launch DJI Phantom 4 4K video converter and click "Add video" button to import the 4K files from DJI Phantom 4 copied on your hard drive to the program. Not only 4K videos, but also SD/HD videos are supported.

Tip: If you would like to join all the selected files together, check the box of "Merge into one file". 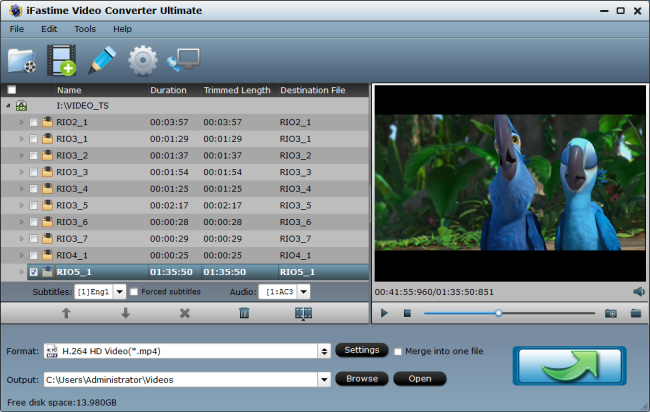 For encoding Phantom 4 4K to GoPro Studio, please click "Format" menu firstly and then follow "HD Video" > "H.264 HD Video(*.mp4)". Of course, you can also select other output like AVI or MOV. 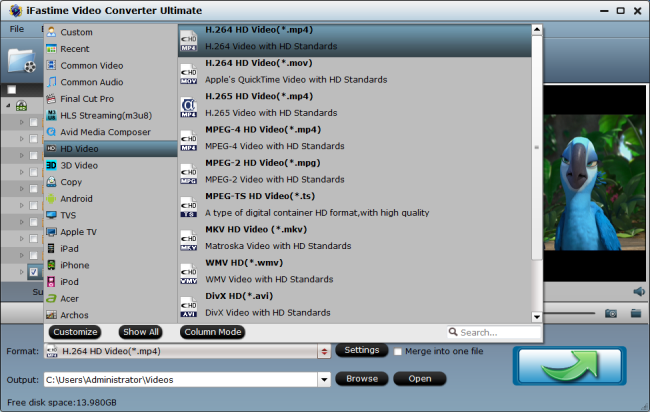 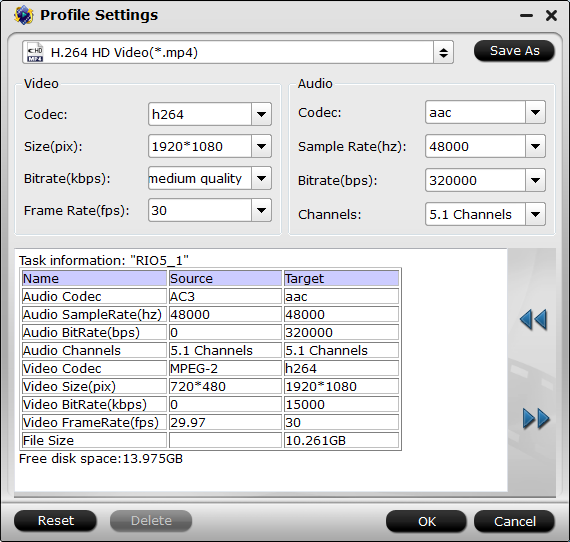 b. By clicking "Edit selected task, you can trim video into smaller segments; remove unwanted objects from video; brand your video by embedding a watermark; importing subtitle files in .srt or .sst format to video files.

GoPro Studio gives you plenty of useful editing tools in a really gorgeous package. It provides a simple way to import footage, speed it up or slow it down, crop, and make image adjustments (like removing the fisheye lens distortion, or adjusting color or contrast).

Here's what you'll need to run the GoPro App on your Mac or Windows computer.


* It is highly recommended that you use the latest graphics drivers directly from the graphics card manufacturer.

Have more questions about tips for Editing DJI Phantom 4 4K files in GoPro Studio, please feel free to contact us>>