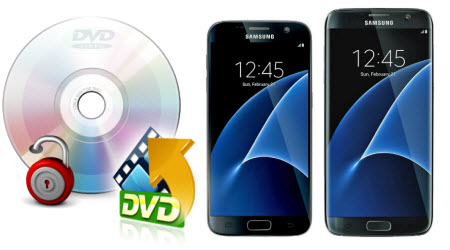 How to Get DVD movies playable on Galaxy S7/S7 Edge?

Galaxy S7/S7 Edge can convey perfect video playback experience with limited video formats like MP4, M4V, 3GP, 3G2, WMV, ASF, AVI, FLV, MKV, WEBM. If you are a big fan of DVD movies, why not turn a real-world DVD into a digital file that you can copy to Galaxy S7/S7 Edge?

Here, you have to rip movie from the DVD disc to Galaxy S7/S7 Edge first. As with ripping DVDs, you'll copy the contents of a DVD to a Galaxy S7/S7 Edge-friendly format. In order for this to work, obviously, you need to have access to a PC with a DVD drive and the help of a powerful DVD ripper.

A free option works nearly as well: perennial favorite HandBrake. It, too, converts DVDs, though it needs a little help to remove copy protection. After installing the program, you have to obtain a file called libdvdcss-2.dll, which you can download from this public archive site. After downloading libdvdcss-2.dll, copy it to the folder where you installed HandBrake—usually C:\Program Files\Handbrake. Now you're ready to migrate your movies into the all-digital future. Load up HandBrake, and insert one of your DVDs into the PC. Then click the Source button, and choose the location of your disc – on my PC it's the D: drive. Be patient – it may take a few minutes for HandBrake to read the contents of the DVD. But you'll find that almost all commercial DVD discs failed to load. Worse still, Handbrake doesn't work to directly copy DVDs to Galaxy S7/S7 Edge directly since it doesn't offer a built-in Samsung profile.

Thus, iFastime Video Converter Ultimate is another choice for you which is superior to HandBrake and other free/paid DVD Rippers  in the market thanks to its ability to cope with DVDs encrypted by Region Code, UOPs, CSS, Sony ARccOS and Disney DRM protection, etc. It is capable of ripping DVDs to Galaxy S7 and Galaxy S7 Edge friendly file formats at high speed without any glitches while keeping the good video audio quality.

Furthermore, the built-in editor will also allow you to trim the movie length to enjoy your desired DVD parts without the interruption of ads or anything else. There are other basic editing features such as cropping, adding special effects/watermarks, inserting subtitles and much more.. Mac users can choose the top Handbrake alternative for Mac here. Once you have downloaded and installed this DVD to Galaxy S7/S7 Edge ripper, you can perform DVD to Galaxy S7/S7 Edge ripping by referring to the following guide.

How to Rip and Copy DVD to Galaxy S7/S7 Edge?

Insert your DVD into your DVD-Rom. Then click the "Load file(s)" button to import the DVD movies or click the drop-down menu of "File" button to add files to this Galaxy S7/S7 Edge DVD ripper. (Don't forget to pick up one audio and subtitle track for display.) 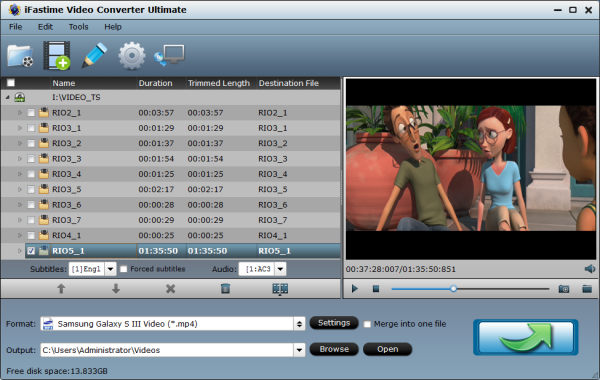 Note: Here you can't find your Galaxy S7/S7 Edge model, you can surely create a custom preset for it. It's extremely easy!

Step 3: Do some settings or go ahead to DVD conversion

Now you can hit the "Start Conversion" button to start the DVD movies to Galaxy S7/S7 Edge conversion. If you want to do some settings to adjust audio and video parameters tooptimize the output file quality, including resolution, encoder, bitrate, frame rate, sample rate, channel, etc., you can click "Settings" button to set relevant parameters for Galaxy S7/S7 Edge before the conversion. 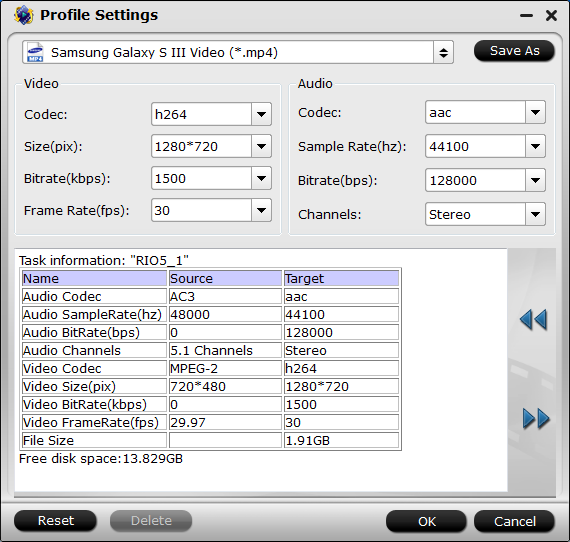 Note: The software developer only advocates ripping DVDs for personal use and suggests referring to the DVD copyright laws in your countries before doing so.

Bottom Line: Those who passed on the Galaxy S6 or Note 5 last year due to no SD slot to expand storage or poor battery life will get all of that and more with the Galaxy S7 Edge. Samsung finally put together a well-rounded premium smartphone with nearly no compromises. The Edge display now has enough features to make it worth using, and the fingerprint scanner is as fast and accurate as ever. The design, camera and screen can't be beat.

This phone has it all, does it all and looks good doing it. Samsung thought of everything. From easy wireless payments with Samsung Pay, fast and wireless charging, durability, usability and long battery life. The battery can't be removed or replaced, but it charges fast and is bigger than ever before.

Apple has always prided itself as a trendsetter of beautiful devices. Pretty much all of the Apple devices are elegantly designed. The Samsung smartphones, on the other hand, were a bit flimsy with their plastic body and didn't stand a chance against iPhone's sleek aluminium design. Although last year, Samsung took a different approach and started focusing on the aesthetics. But, this year Samsung has outdone Apple in the design department with the sleek and stylish Galaxy S7 Edge.

The Galaxy S7 Edge has a unique and interesting design while the iPhone 6S Plus is starting to get monotonous. The iPhone 6S, while still stunning, is the biggest 5.5-inch flagship phone available by Apple. Subjectively Galaxy S7 Edge is the better-designed device in several ways. It is much more sleek and thin compared to the iPhone 6S. Moreover, it is also waterproof and dust resistant.

The iPhone 6S features an LCD display while the Galaxy S7 Edge features an AMOLED panel. So it is best AMOLED vs the best LCD screen. Ultimately there isn't much difference between the two. Both are stunningly clear and crisp. When it comes to the viewing experience, the noticeable difference is the colour reproduction. The S7 Edge's display is slightly more vibrant than the iPhone 6S Plus. The other noticeable difference is Galaxy S7 Edge's curved display, which comes with a few interesting features. It is also unique so it provides extra points to the S7's design.

iPhone's camera was the best in the market for a long time. The camera of iPhone 6S still takes impressive shots, its photo and automatic mode results are still very good and Live Photo feature adds additional value as well. But, in this department too Galaxy S7 Edge has taken the lead. Both phones have fast shutter speeds, and 12MP sensors, along with image stabilization and face-detection-autofocus. But, Galaxy S7 Edge's aperture make all the difference between the two sets. The Galaxy S7 Edge is better at taking pictures in low light conditions. It also has the amazing depth of field, which enable you to take stunning shots with background blur.

But the main feature that makes the Galaxy S7 Edge's camera better is the Pro mode. The Pro mode lets you adjust shutter speed, exposure, and white balance. It also lets you focus manually.

Galaxy S7 Edge and iPhone 6S plus are both strong contenders when it comes to battery life and performance. There is little difference between the two. One thing to note is that the international version of Edge S7 comes with Exynos processor while the US version sports Snapdragon 820.

When it comes to battery life, both  phones are practically two-day phones if you are a moderate user. S7 Edge has a 3,600 mAh cell while the 6S Plus is equipped with a 2,750 mAh battery.

Considering performance, both are equally capable of loading intense graphics. Hence, both phones are good if you play a lot of games or watch a lot of movies on your device. Apps and games also load quickly on both phones, and animations run smoothly and without lagging.

Samsung and Apple's special features differ quite a lot from each other.  The Galaxy S7 Edge is capable of taking motion photos. But, the iPhone S6 comes equipped with a pressure sensitive touch screen which uncovers an extra user interface layer of options. The feature combines with Live Photos to add animations to your photos.

Galaxy S7 Edge's other unique features include; the Always-On display which shows the clock, and notification icons without draining a lot of battery life. It also has a split-screen multitasking view for using two apps side-by-side and exchanging information between them. The Edge panel provides quick access to important stuff you want.

In some ways, the Galaxy S7 Edge clearly trumps the iPhone 6S Plus. Even though iPhone S6 Plus is still brilliant in many ways, Galaxy S7 Edge is probably the best phone currently available on the market. But, apart from design and camera, the iPhone 6S matches the S7 edge in every department. Enjoy this cool comparison of Galaxy S7 Edge Vs iPhone 6s Plus and decide yourself, which one is better!

Have more questions about how to copy & Play DVDs on Galaxy S7/S7 Edge with OLED display, please feel free to contact us>>