Sony has announced a new line of smartphones including the flagship Xperia Z5, the smaller Xperia Z5 Compact and another high-end device in the Xperia Z5 Premium. And pre-orders are now available for the Xperia Z5 family in Singapore though pricing and availability will differ between models. It is predicted that Xperia Z5 will be a big seller in Asia. Here, we are about to talking about the Blu-ray playback on Xperia issue. We know that smartphone is more like a portable multimedia player nowadays and Blu-ray movies are the favorite of many cinephile. 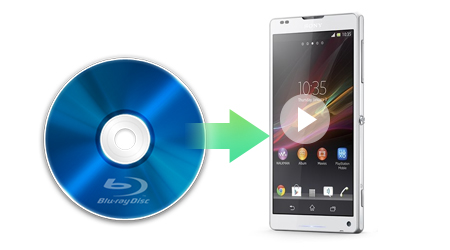 No cell phones can hold a real physical disc or play Blu-ray folder, ISO backup. So if you want to watch your favorite Blu-ray movies on Xperia Z5 family, you have to rip Blu-ray to Xperia Z5 series supported format in advance. Before the process, you should learn what format Xperia Z5 can support.

Speaking of ripping Blu-ray, I recommend you iFastime Video Converter Ultimate. It is the all-in-one Blu-ray solution. It not only can rip encrypted Blu-ray disc, Blu-ray folder, Blu-ray ISO to Xperia Z5 family suitable MP4/MKV/AVI, etc video, but also can backup Blu-ray to H.265, M3U8, FLV, MOV, WMV, etc with original video quality. Considering the limitation of storage space of Xperia Z5, this software can make you decide the output video size on your own by changing the video bitrate and codec. Besides Xperia Z5, this Blu-ray ripper is also the best solution to play Blu-ray on Galaxy Note 5 and iPhone 6S(Plus).

How to move Blu-ray movies to Xperia Z5 family?

Insert Blu-ray disc into the Blu-ray drive and launch the Blu-ray to Xperia Z5 converter. Click the upper "Load file(s)" button to load Blu-ray disc to the app. Or you can hit "Add videos" to input Blu-ray backup to the software. You'll notice that among the several titles there's a title ticked off. It is the main movie. You wouldn't have to consider other titles. 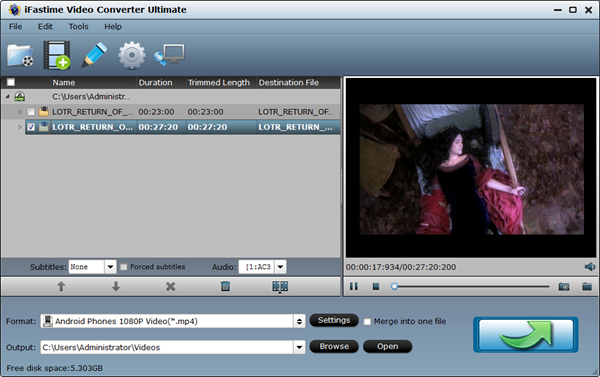 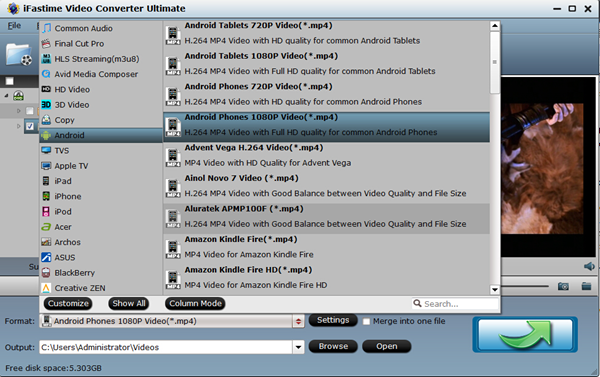 Tip: If you want to change the output video size and quality, you can click "Settings" to open the Profile Settings Window. Here, you are allowed to adjust video/audio parameters. Please remember the file size is based more on bitrate than resolution which means bitrate higher results in bigger file size, and lower visible quality loss. 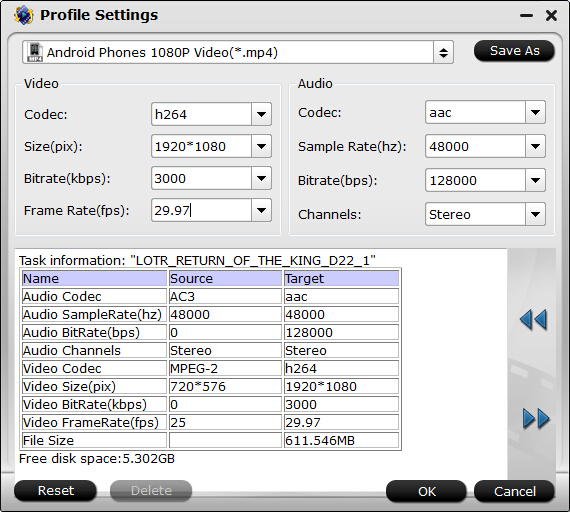 After all the above settings done, you can click the "Start conversion" button at the bottom right corner to start ripping Blu-ray to Xperia Z5. After the conversion, click Open button to get the generated MP4 video and then you can enjoy the ripped Blu-ray movies on Xperia Z5.

1. Plug your Xperia Z5 into your computer. Do this with the cable supplied with your device, most likely a microUSB cable.

2. When the menu option window pops up, choose "Open device to view files" option; this will make the device show up in the Windows file explorer as a removable storage drive. Note: If you're phone doesn't show up properly, go to the settings and select "Connect as media device (MTP)" or similar. This is normally accessible from the drop down notification menu if the device is plugged into a PC.

3. Drag and drop the files from your machine onto your Xperia Z5 with the Windows File Explorer.

Till the now, you should be able to watch Blu-ray movies on Xperia Z5 series freely.

Have more questions about how to play Blu-ray on Xperia Z5, please feel free to contact us>>

One thought on “Move Blu-ray to Xperia Z5 for watching”