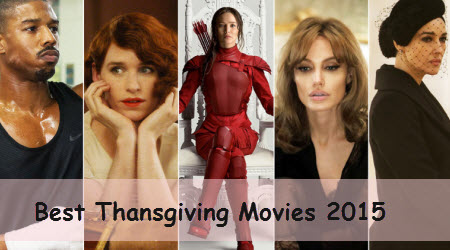 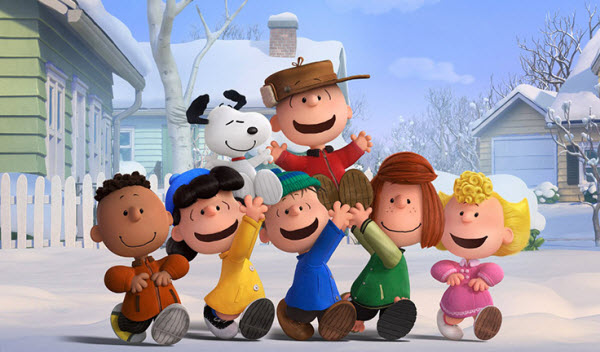 Who doesn't love Peanuts? Who doesn’t love Charlie Brown? Snoopy chases the Red Baron, while Charlie Brown chases his love, the Little Red-Haired Girl. A film for the whole family: for parents and uncles who grew up with Schulz’s comics, and for children who might not know them. 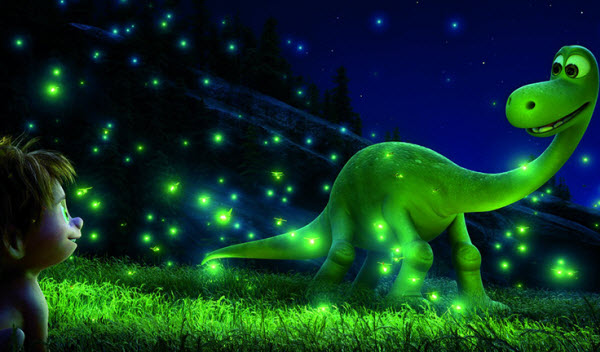 "A Single kindness can change everything": the second Disney Pixar movie of the year, after Inside Out, takes us into the world of dinosaurs, telling the epic journey and the unlikely friendship between a man-cub and…an Apatosaurus. Get out your handkerchiefs: we're already crying after seeing the trailer.

Secret in Their Eyes 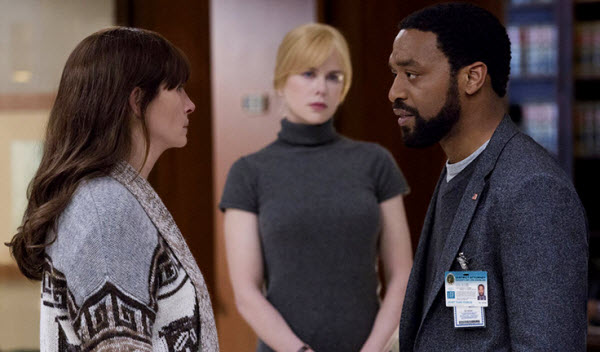 Based on the novel The question in Their Eyes Argentine author Eduardo Sacheri, already adapted in 2010 and winner of the Oscar for best foreign film. The cast is exceptional: Chiwetel Ejiofor and Julia Roberts are two FBI detectives, with Nicole Kidman their leader. Roberts' daughter is brutally murdered and the investigation continues for almost 13 years. Brings you chills like The Killing. 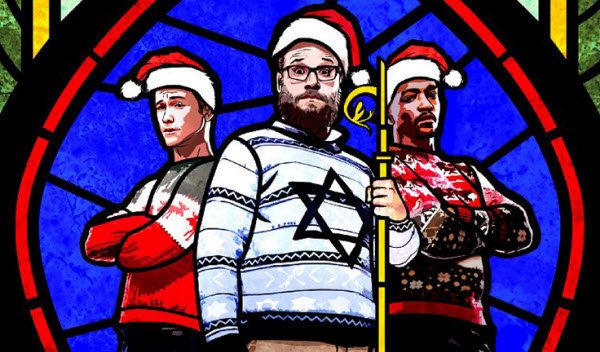 From the people who you brought us Neighbors, This Is The End, and (almost) The Interview…A Christmas comedy starring Seth Rogen, Joseph Gordon Levitt and Anthony Mackie as three close friends who decide to spend their last Christmas together before deciding to become “wise men”. Also starring Mindy Kaling, Lizzy Caplan, Kanye West and Miley Cyrus. For those who want to go to the movies with friends, leaving their girlfriends at home. 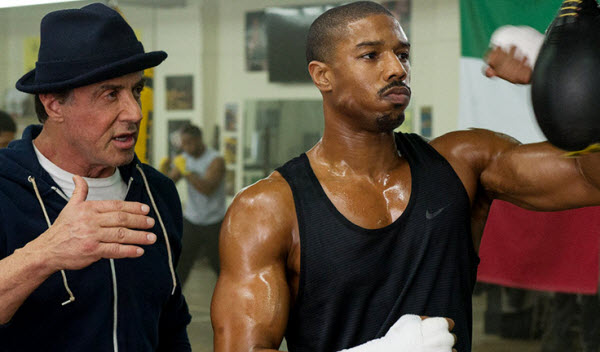 Written and directed by the director of the cult Fruitvale Station (winner at Sundance 2013) and starring one of our favorite young actors Michael B. Jordan, this is the story of how the son of Apollo Creed is coached by his friend / enemy Rocky Balboa. This is one of our most anticipated films of the next few months. Perhaps it might not be the masterpiece of American neo-realism that was the first Rocky movie, but we can hope. 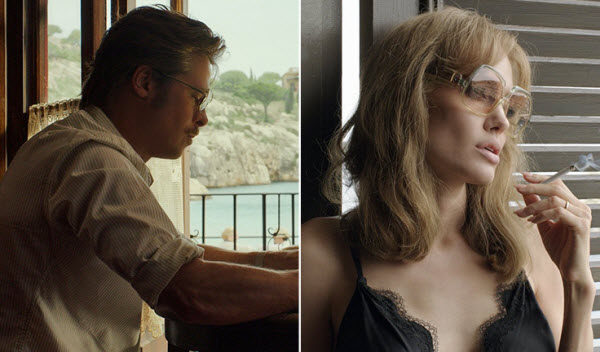 At 10 years after Brad Pitt and Angelina Jolie’s explosive screen (and life) debut, here is the most beautiful couple in the world back together on the big screen. Directed by Jolie, this is the story of a couple in crisis travelling through France in the 1970s, which felt like a wannabe version of Rossellini’s Viaggio in Italia (Journey to Italy). We’re a little cautious about this one, but it’s such an event to see this couple together again on screen that it's a must-see. 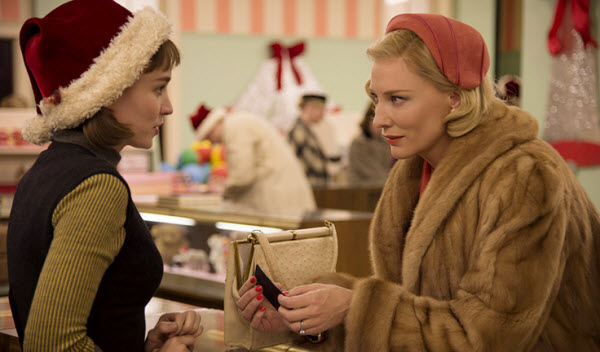 Directed by Todd Haynes from the book The Price of Salt by Patricia Highsmith, Carol is the story of an aspiring photographer who works as a saleswoman (Rooney Mara) and falls in love with a charming married woman (Cate Blanchett): Palme d’Or to Mara in Cannes for Best Actress, a dramatic love story that has been very well received by critics. And starring actresses of the highest calibre. 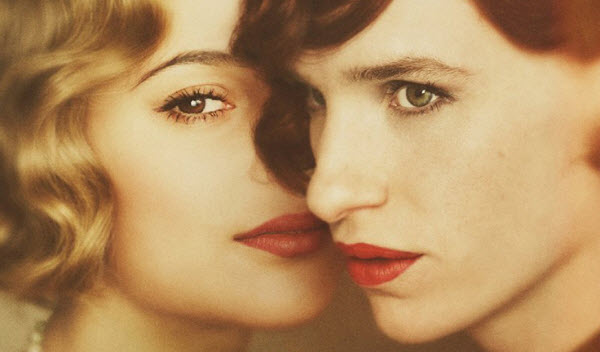 The true story of one of the first cases of gender reassignments known: that of Einar Wegener, then Lili Elbe, supported by his wife, artist Gerda Wegener. Their journey also studies the hypothesis of a love triangle with an old family friend. Eddie Redmayne, Alicia Vikander and Matthias Schoenaerts in a powerful love story, maybe a little unusual, but certainly extraordinary. 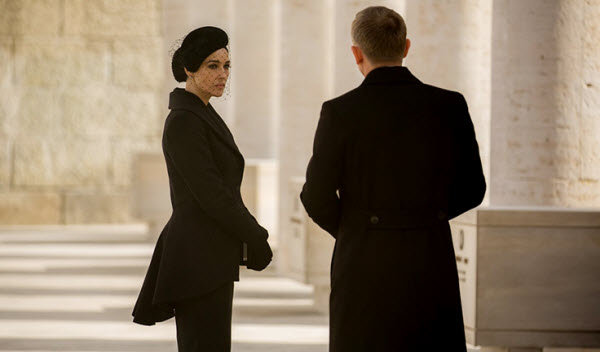 The 24th film in the most famous secret agent series in the world. Directed by Sam Mendes, with Bond Lady Monica Bellucci and Bond Girl Lea Seydoux, and soundtrack by Sam Smith. It looks like this will be the last starring Daniel Craig. However, it's essential viewing, and not just for die-hard fans of the series. 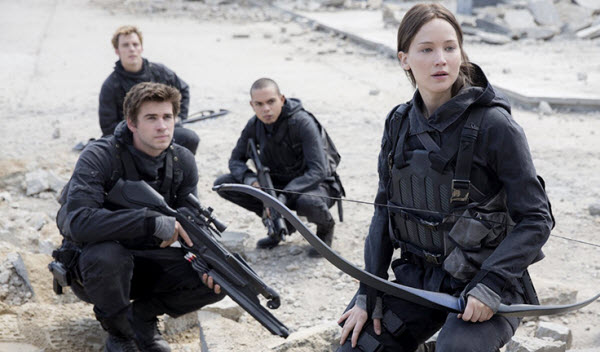 Another saga draws to a close, as this is the last chapter in which we will see Jennifer Lawrence in the role of the heroine Katniss Everdeen and her revolution to destroy Capitol City. For those who have seen the previous films, of course.

To watch Thansgiving Movies 2015 at home or on the go, transcode them first:

Do not forget to take and record videos of the wonderful moments at 2015 Thanksgiving dinner, with your cell phone or camcorder. And you can merge all the Thanksgiving videos together, edit the videos and convert those videos for playing and sharing. (Learn how to realize all this functions)

What If You Want to Play Thanksgiving Blu-ray and DVD Movies without BD/DVD Driver or Player?

Have more questions about suggestion for best Thanksgiving movies 2015, please feel free to contact us>> or leave a message at Facebook.

One thought on “Best Thanksgiving movies 2015”